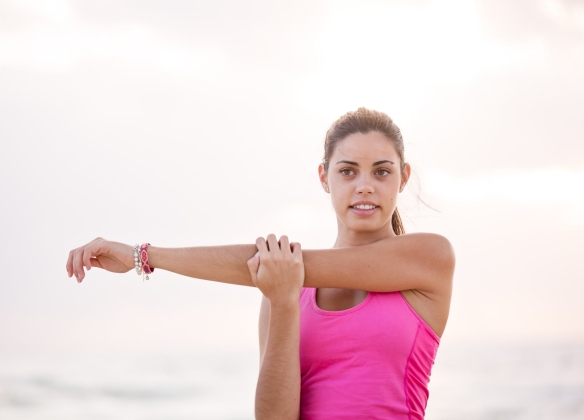 Yes, it may be hard to wait, to keep trusting God, to not compromise your godly standard, to not just marry anyone already… but wishing you had is harder.

Girl, you can do hard things; you’ve got this because God’s got you.

What are other hard-but-so-worth-it things that singles should do? 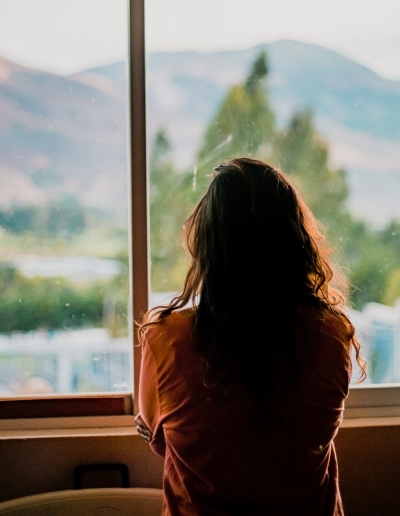 “Maybe there’s something I could have done differently to keep the relationship.”

“Perhaps, I wouldn’t be single now, if I kept on managing things.”

“I shouldn’t have left him (even though the relationship was unhealthy), at least I’d have someone.”

Can you relate to these thoughts?

I know how it feels to doubt a decision you felt right about, because the events following the decision are not exactly pleasurable.

You’ve been single for too long, now you feel like you were wrong to have left a relationship that you know wasn’t right for you or wrong to turn down one that accepting only meant you’d be compromising.

Loneliness even comes around sometimes and makes you doubt your decision.

Maybe you expected to be immediately “rewarded” with Mr. Good Guy after you finally said goodbye to Mr. Not-so-good Guy, but it hasn’t happened.

Sometimes, it’s not about getting a new guy just yet, it’s about you getting better.

Getting to the Promised Land may not be a walk in the park, but going back to Egypt should not be an option. Just like with the Israelites, God may be taking you through a longer route (you know, you staying single for longer than you expected), so that you can get to know yourself  better, get to know Him better, before He gets to “share” you with someone else – Mr. Good Guy.

You were right to have left that relationship that cost you your peace.

You were right to not stay with him just because folks were happy for you, whereas you weren’t happy.

You were right to not settle for that guy you were unsettled about.

You were right to not go into a marriage that had more questions than answers.

It may have even been a great relationship, but if God let it end, then He has something even greater in store.

You may never have imagined losing him, but watch as God, the exceeding-abundantly-above-all-that-you-could-ask-or-think doer brings you someone you never even imagined having.

Don’t miss what God’s about to do by being stuck in what could have been.

Trust that God is ordering your steps, perfecting that which concerns you and that may include saving you from some relationships.

God’s not stuck wondering what to do with your life; He’s set to wonders in your life.

Don’t stay stuck in regret, when God is set to restore.

Trust Him and don’t let loneliness, the fear of being alone or being left out, take you back to what God clearly saved you from.

“Forget about what’s happened; don’t keep going over old history. Be alert, be present. I’m about to do something brand-new. It’s bursting out! Don’t you see it?” – Isaiah 43:18-19

“Be alert, be present,” the bible says.

You can’t be present in the past.

Maybe you’re missing the new thing God’s doing because you’re filling your mind with “if I knew.”

Forget the coulda-woulda-shouldas and focus on the new thing God’s doing, even if it’s not about bringing new things just yet, but bringing about a new you first. 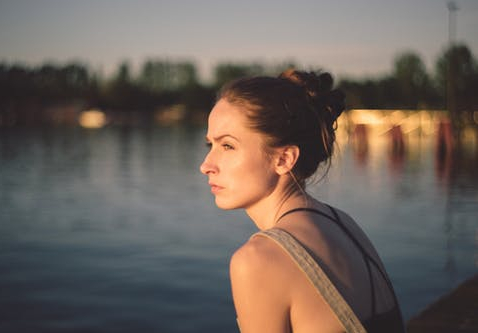 “Wait” is only a simple four-letter word, yet there are things with longer words that are way more fun to be involved in. Like “celebrate,” for example.

We’ll all rather celebrate having what we are waiting for, than wait for it. That’s more fun.

Waiting’s not always fun. Waiting can be hard, sometimes, frustrating.

We want what we want and we want it right away.

You planned to be married by 25, that was 7 years ago.

“Someone must not have taken your order correctly,” because instead of being a bride yourself, you’ve always been a bridesmaid. All your friends are married.

People keep asking you the question you wish you could answer for yourself – when will you get married?

“Timing is the Father’s business”, the bible says (Acts 1:7); trusting the Father is ours.

Let God do His thing, let Him perfect that which concerns you.

It’s not late, it’s just been planned for later.

Worrying about “when” will not make God hurry, it will only make us, well, worried. Trusting God, on the other hand -as our source- gives us rest because we know that He gives only good gifts to His children and no good thing will He withhold from them.

So, if singleness is His gift to us in this season of our lives, then we must trust that it’s for our good and for His glory; and learn to enjoy it while it lasts.

And can I tell you? If you’ve chosen to wait on God – doing what He says, how He says and when He says – even though you’d rather have it right away, I’m sure He’s proud of you. He’s probably looking down at you saying, “I’m pleased that she’s choosing to do things My way.”

Choosing to do things God’s way, may mean that you don’t get what you want right away, but it’s the right way.

Knowing that God is pleased with you should keep going, let His joy be your strength. Resolve to do things God’s way, no matter how long it takes; it pays in the long run.

When it gets hard, like it does sometimes, remember;

The weight of what’s coming is worth the wait.

I pray you never have to say, “I wish I’d waited”, because you know what, waiting may be hard but wishing you waited is harder. 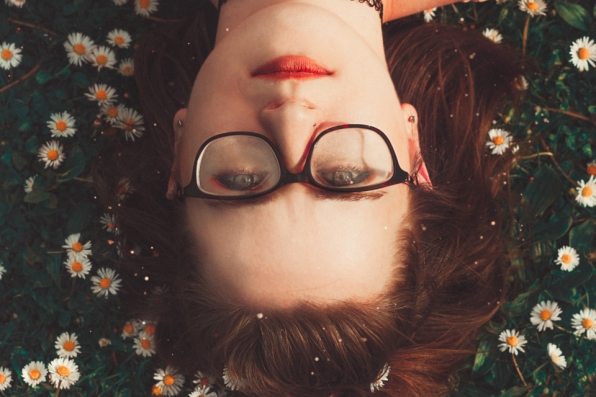 “What is wrong with me”, is a question I bet every lady who desires marriage but has been single for longer than she planned, has asked. I know I’ve asked it.

It’s hard to not feel that way, when everyone but you is getting what you want, but girl, the truth is;

Nothing is wrong with you, God just has a different plan for your life.

Remember these five truths, when next you feel that way, the maybe-something’s-wrong-with-me way;

It’s easy to feel unloved because you’re single, but just because you feel it, does mean it’s true. God loves you. He’s put you in the lives of people who love you and put people in your life who also love you. Our feelings may try to tell us otherwise, but they lie.

Just because you ain’t married doesn’t mean you don’t matter.  Those dreams and passions God has placed in your heart don’t have to wait till marriage. Begin now, right where you are, He’s got grace – available and sufficient – for you there.

When God was going to give the first single guy in the bible (Adam) a wife, He said He’ll give Him someone to complement him, not complete him (Genesis 2:18). Two shall become one – not two halves, two ‘wholes’. That’s the math in God’s marriage class. We are complete in Christ, the bible says. He’s the only One who truly satisfies.

Over 2000 years ago, God sent His son, Jesus, to take the punishment for our sins. If you believe this, whatever wrong you’ve done has been paid for and guess what? Jesus paid in full, not in parts; He didn’t leave some that you have to pay for by being single. He’s not punishing you, if anything, He’s polishing you, not necessarily just for a man, but for His glory and for your good.

No sis, if anything , you’re saving yourself from wasting your time. Waiting can be hard. Ever heard anyone say, “I just love waiting, I really enjoy it”? Me neither. God is faithful – He works, while we wait. He does what He says. He sees what’s ahead, which you can’t; so you want to walk with Him, not try to get ahead of Him.

So, trust Him, girl, keep trusting Him.

When next you get the maybe-something’s-wrong-with-me feeling, say this to yourself;

Ain’t nothing wrong with me, it just ain’t my time yet.

Ensinglepedia is a fresh, faithy, fun new series on the blog.

As you might have guessed, it’s a play on the word – encyclopedia – we’ll be sharing truths for singles, truth about singleness for those that aren’t single, lots of other fun and encouraging stuff, in a different and interesting way.

It’s a good thing you’ve already subscribed, if you haven’t, why waiteth thou? 🙂

Do stick around for other parts of the series. 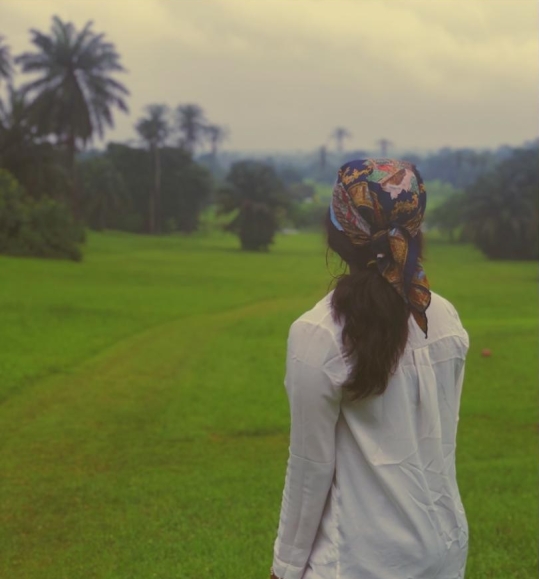 If you’re reading this and you  feel like God has forgotten you, guess Who woke you up this morning?

Not notifications from your phone.

Not even your full bladder.

He loves you, He cares for you, He’s your Father. He has not forgotten you.

I know it can feel like that sometimes, but here’s some encouragement from God’s word;

The Lord remembers us and will bless us.

[And the Lord answered] Can a woman forget her nursing child, that she should not have compassion on the son of her womb? Yes, they may forget, yet I will not forget you.

Do not be afraid or discouraged, for the Lord will personally go ahead of you. He will be with you; He will neither fail you nor abandon you.

You saw me before I was born. Every day of my life was recorded in your book.
Every moment was laid out before a single day had passed. How precious are your thoughts about me, O God. They cannot be numbered!

The Lord will perfect that which concerns me.

I, the Lord, made you, and I will not forget you.

Always remember, you are not forgotten. Not by God.

You can always trust The Way to make a way, be encouraged ❤️
Translate. Best comment wins.
A beautiful writer ❤️
Because you will be truly happy. Amen.
What other "subjects" would you add?
Sometimes.
God is good in every season ❤️
Whether it’s been 4 days or 25 years, as long as God is on your side, whatever needs to be resurrected will be resurrected and whatever needs to be be birthed will be birthed.
Please swipe ❤️
What good is being with someone who's not seeing somebody else, but he doesn't see you as somebody, believe you can be somebody, or even lets you be somebody?
There’s nothing too hard for God to do, He just does things in His time.
Can one be fully prepared for marriage? What does it mean to be, or how can one be duly prepared?

“You may have blown it a few times but God can still blow your mind.” – Sherie Habeeb